The F.O. Matthiessen Visiting Professorship of Gender and Sexuality was created at Harvard University's Faculty of Arts and Sciences (FAS) through a successful $1.5 million funding campaign by members and supporters of the HGLC (now the HGSC). 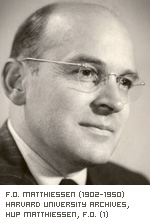 The resulting endowment enables Harvard to regularly invite eminent scholars studying issues related to sexual minorities -- that is, gay, lesbian, bisexual and transgender people -- or to sexuality, to teach in the FAS for one semester every year, or two semesters every other year.

Each year, the Dean of FAS will invite faculty members to nominate eminent scholars or practitioners for the Matthiessen Professorship. Matthiessen Professors may be appointed in any department of FAS, but will generally be associated or directly affiliated with the Committee on Degrees in Studies of Women, Gender and Sexuality.

The Matthiessen Campaign Committee, co-chaired by Harvard Overseer Mitchell Adams, AB '66, MBA '69, and Harvard Alumni Association Elected Director, Kevin Jennings, AB '85, and comprised of over 20 lead donors and Caucus leaders, announced at Commencement in 2009 that it had reached its goal. Over time, however, the Caucus would like to increase the $1.5 million endowment so that eventually Matthessien scholars will be able to visit every semester as opposed to the current arrangement. Consequently, the Harvard Development Office will continue to offer Harvard & Radcliffe College alumni/ae class and reunion gift credit for current and future donations to the Matthiessen Professorship. 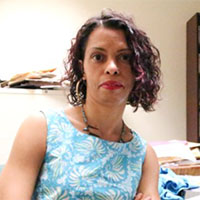 2018/2019: Omise’eke Natasha Tinsley, Ph.D.Omise’eke Natasha Tinsley joins us from the University of Texas at Austin where she is Associate Professor of African and African Diaspora Studies and an affiliate of the LGBTQ Studies Program and the Center for Women’s and Gender Studies. She has published two books with Duke University Press – Thiefing Sugar: Eroticism Between Women in Caribbean Literature (2010); and Ezili’s Mirrors: Black Feminism, Afro Atlantic Genders, and the Work of the Imagination (2018). University of Texas Press will release her book Beyoncé in Formation: Remixing Black Feminism in the fall of 2018. Tinsley will be the first Matthiessen Professor to be in residence at Harvard for a full academic year. She will teach four courses in WGS – two in the fall, two in the spring. 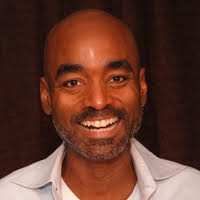 2016/2017: Robert Reid-Pharr, Ph.D. This year Harvard University and the Committee on Degrees in Studies of Women, Gender, and Sexuality welcome Robert Reid-Pharr, Distinguished Professor of English at the CUNY Graduate Center. During his residence at Harvard in fall 2016, Reid-Pharr will teach two courses: “Black Masculinities in Literature, Film, and Visual Culture’ and our theory foundation course, “Theories of Race and Sexuality’. Reid-Pharr is the author of Once You Go Black: Choice, Desire, and the Black American Intellectual,Conjugal Union: The Body, the House, and the Black American, and Black Gay Man: Essays, which won the Randy Shilts Award for Best Gay Non-Fiction. He has taught at the University of Oxford, Johns Hopkins, the University of Chicago, the University of Oregon, and Swarthmore College. 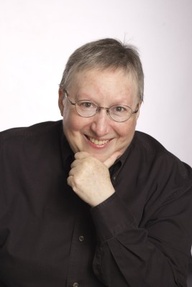 2013/2014: Gayle Rubin, Ph.D.   For the academic year of 2013/2014 we welcomed to Harvard Dr. Gayle Rubin.  Gayle Rubin is associate professor of Anthropology, Women’s Studies, and Comparative Literature at the University of Michigan, Ann Arbor. In 1994, Rubin completed her PhD in anthropology at the University of Michigan with a dissertation titled The Valley of the Kings: Leathermen in San Francisco, 1960–1990. From a review in Lambda Literary by Chase Dimock: “Gayle S. Rubin has had an incalculable impact on the study of gender and sexuality over the past 35 years. Rubin’s work changed the very language and vocabulary with which we discuss sexuality and gender. She coined the terms “sex/gender system” to describe “the set of arrangements by which a society transforms biological sexuality into products of human activity” and the “Charmed Circle,” which describes the normative sexual behaviors our society privileges over the marginalized practices of the queer minority. Rubin’s pioneering research on gay leather communities legitimized the anthropological study of sexual subcultures and her participation in the first known lesbian S/M group, Samois, and pro-sex activism helped to de-stigmatize pornography and S/M practices in the 80s when the anti-pornography movement was at its height.” 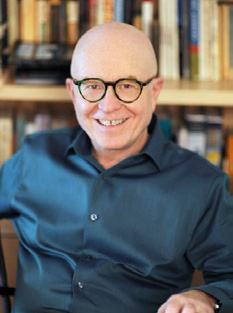 2012/2013: Henry Abelove, Ph.D.  The Caucus was doubly proud that the first appointee to this position, for Fall Semester 2012, was long-time Caucus member Henry Abelove ’66. A literary scholar and pioneer in the field of gay and lesbian studies, Professor Abelove is the Willbur Fisk Osborne Professor of English, Emeritus, at Wesleyan University and a visiting faculty member at NYU. One of America’s leading thinkers on the cultural politics of sexuality, Professor Abelove is the author of The Evangelist of Desire: John Wesley and the Methodists and Deep Gossip, and the co-editor of The Lesbian and Gay Studies Reader and Visions of History. He is currently working on a book on the cultural expressions of gay liberation in its formative years. Professor Abelove has also published articles in Raritan, The Radical History Review, andThe Yale Journal of Criticism. During his semester at Harvard, Professor Abelove taught two classes: a seminar “History of Sexuality: Theory and Practice” and a lecture course “Sexuality and Intimacy in British Literature, 1680–1815.”

Links to further information about the Matthiessen Chair:

Press Coverage of Completion of the Endowment in June 2009

Donations by check can be made by printing out the form below.

Donate By Credit Card By Phone

Credit card gifts by phone can be made by calling 1-800-VERITAS. Be sure to tell the operator that your gift should be directed to the F.O. Matthiessen Visiting Professorship of Gender and Sexuality.

To make a credit card donation online, click on the link below, then enter the following under "Gift Details":

For more information on the Matthiessen campaign, contact Tom Parry at parry@post.harvard.edu.